The category of batteries, chargers, buffer power supplies, and inverters is not only a rich proposition of products, aimed at basically all industrial fields, but also an offer of service and utilization of accumulators, new power supply systems assembly, and UPS mending.

The category of batteries, chargers, buffer power supplies, and inverters is not only a rich proposition of products, aimed...

The category of batteries, chargers, buffer power supplies, and inverters is not only a rich proposition of products, aimed at basically all industrial fields, but also an offer of service and utilization of accumulators, new power supply systems assembly, and UPS mending.

AGM accumulators
These types of accumulators are made with AGM technology (absorbent glass mat) and are perfect for buffer work. It means that they are continuously charged with low power, and in case of a decreased power situation they can become the main power source for a short period of time. The electrolyte is trapped in the glass mat located between the plates. Low internal resistance allows for a short intake of high currents. Such accumulators are mainly used in buffer power supplies, emergency power supplies, UPS, etc.

Accumulators service
In addition to providing high quality products, we also offer services of choosing the right guaranteed power supply system. We deliver solutions based on UPS - assembly, launching and calibration of new systems. We also deliver servicing in already existing systems, exchanging accumulators, and utilization of old and used up accumulators. Additionally, we also handle fixing of damaged UPS.

Victron Energy inverters Inverters are the most important elements of photovoltaic systems, responsible for converting the current created in photovoltaic panels into current that can be used in the household devices. Power inverters are complex devices, having many output and input systems. On them depends the effectiveness of the photovoltaic system. These elements are the most endangered to errors and in case of any damage the whole system stops working.

Offline UPS – in such a solution, the power supply sources switch is programmed to choose the AC input as a main power source. When needed, the batteries are automatically charged with small power. Only due to the failure it should switch to the accumulator and backup source. Benefits of such a solution are high effectiveness, small size and low costs.

Online UPS – in this solution the system connected on the output is separated from the input current. It works as a double-processing. First, the current is straightened in the rectifier system and then is provided on an inverter where there's a conversion into alternating voltage. This system causes the output to be completely resistant to disruptions. This solution is more expensive than the offline one, because it requires more components.

Buffer power supply is the simplest emergency power supply system. It’s intended for protecting chosen receivers from power grid disruptions, which can cause errors. The usage of this power supply allows for maintaining functionalities of some elements e.g. in access control systems or work time recording. Buffer power supplies allow for work and power stability, are resistant to changes and drops in power, and power grid disruptions. It has high work parameters allowing for power flow up to  40A. A disadvantage of such a solution is its big size due to a built-in accumulator. 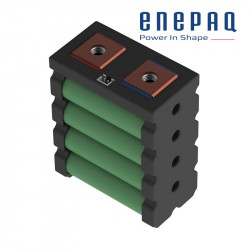 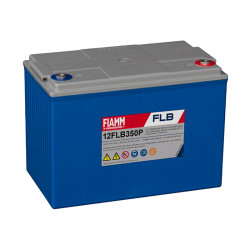 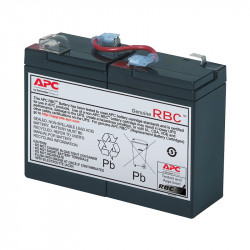 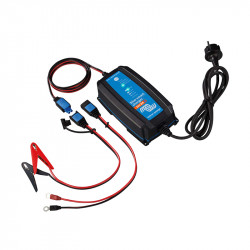 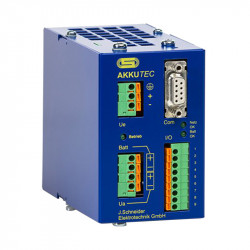